“Our primary mission is to sow seeds of a life-affirming world at the fertile intersection of the individual, culture, and the more-than-human.”

“We are life in human form, conscious of itself, participating in the continual evolution of life into the future.

The Three Pillars of Our Work

S.E.E.D.S. (The School for Ecocentric Evolution & Design Strategies) is an adaptive and emergent response to the evolutionary conditions of our current times. We are standing at a collective threshold, faced with the reality that the predominant worldview and ways of operating can no longer take us meaningfully and safely into a viable future. A fundamental shift in our way of relating to ourselves, designing our culture, and stewarding the more-than-human world is being asked as an evolutionary invitation and existential imperative for the creation of a life-affirming future world.

This life-affirming future world will be grown out of a collective awakening/maturation into an ecocentric worldview that roots itself in a fundamental desire to live and to live well. “Eco” stems from the Greek word oikos meaning home, family, kin, and more generally all that we are related and interrelated within. Thus, to become ecocentric is to find oneself at home in the interrelationship between all things (the living cosmos) and to know oneself as an emergent property of relationship, birthed out of life and therefore in living service to the continual evolution of life in all its complex interrelationality over time.

To serve the evolution of harmonized relationships over time is essentially to be in service to the foundational nexus where life itself is generated and sustained. At SEEDS we see this nexus point to occur most predominantly at the fertile intersection of three interrelated, irreducible, and mutually co-arising domains of Self, Culture, and More-Than-Human. Thus, the ecocentric future world and all beings within it will of necessity harmonize wellbeing and development across all three of these domains. We identify this impulse to work at the intersection of these three domains as serving the three “pillars” of ecocentric evolution as conscious agents of life.

In this way, a holistic human culture will be fully committed to the task of raising ecocentric soul rooted individuals who serve as self-actualized evolutionary agents of life and consciousness. This ecocentric culture will also, of necessity, support in all ways the greater animation (aliveness) of the more-than-human through the intentional stewarding of and communion with ecologies of place. Our EcoEvolution Design Institute is where we play with meta-theory & evolutionary ontological design across the three interlocking pillars of our work (i.e. Soul Rooted Personal Development, Cultural (Re)Generation, and the (Re)Animation of the More-Than-Human) for the generation of a truly ecocentric life-affirming way of being and belonging to the world at all scales of our experience. 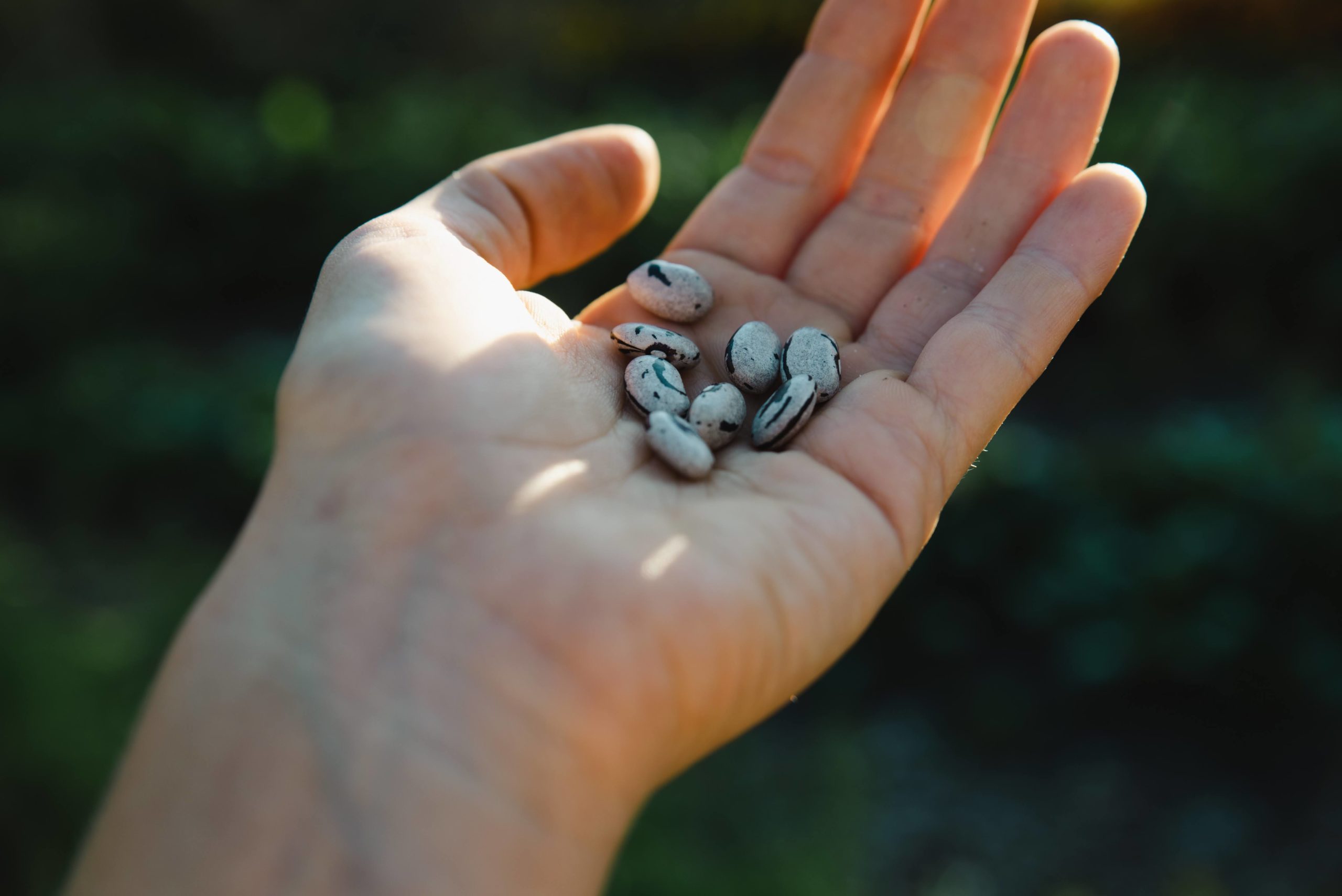 This is our playshop of cultural artistry and visionary possibilities. Because the majority of us are immersed in a sea of collective forgetting, it is essential that we build rafts of meaning that allow us to navigate the mounting existential dilemmas that face us as a people. To do this, we believe that we must first humble ourselves as students of life itself, in order to align the tool of our consciousness with the evolutionary impulse of creation. The design institute invites us to do just that, from a place of curiosity, dialogue, play, collaboration, and deep imagination. This is the birthplace of our foundational frameworks and guiding visions that source us at SEEDS, as well as the practice ground for continual synthesis and metabolization from all that we’re learning and observing from applied work carried out through our praxis hubs and enterprise ecologies. In this way, we’re continually invited to update, refine, and evolve the theories of change that fuel our work as practitioners of cultural evolution.

Praxis is where our theory meets practice, where we get to play with the actualization of ideas into form for the creation of living symbols that point towards the core fundamental values of the ecocentric life-affirming world that beckons us forward. Essentially, we are taking the SEEDS articulated ecocentric story of belonging and applying it into time and place with the intention to experience the theory subjectively through our psycho-somatic responses, while simultaneously reflecting on its objective effectiveness at communicating the story of value in a way that can be clear & replicable to those who interact with it across a diversity of theoretical contexts and cultural understandings. Praxis spaces are ones of engagement, education, and experimentation in service to the further refinement of our theories of change as well as the continued propagation of tangible representations of ecocentric life-affirming values in action. 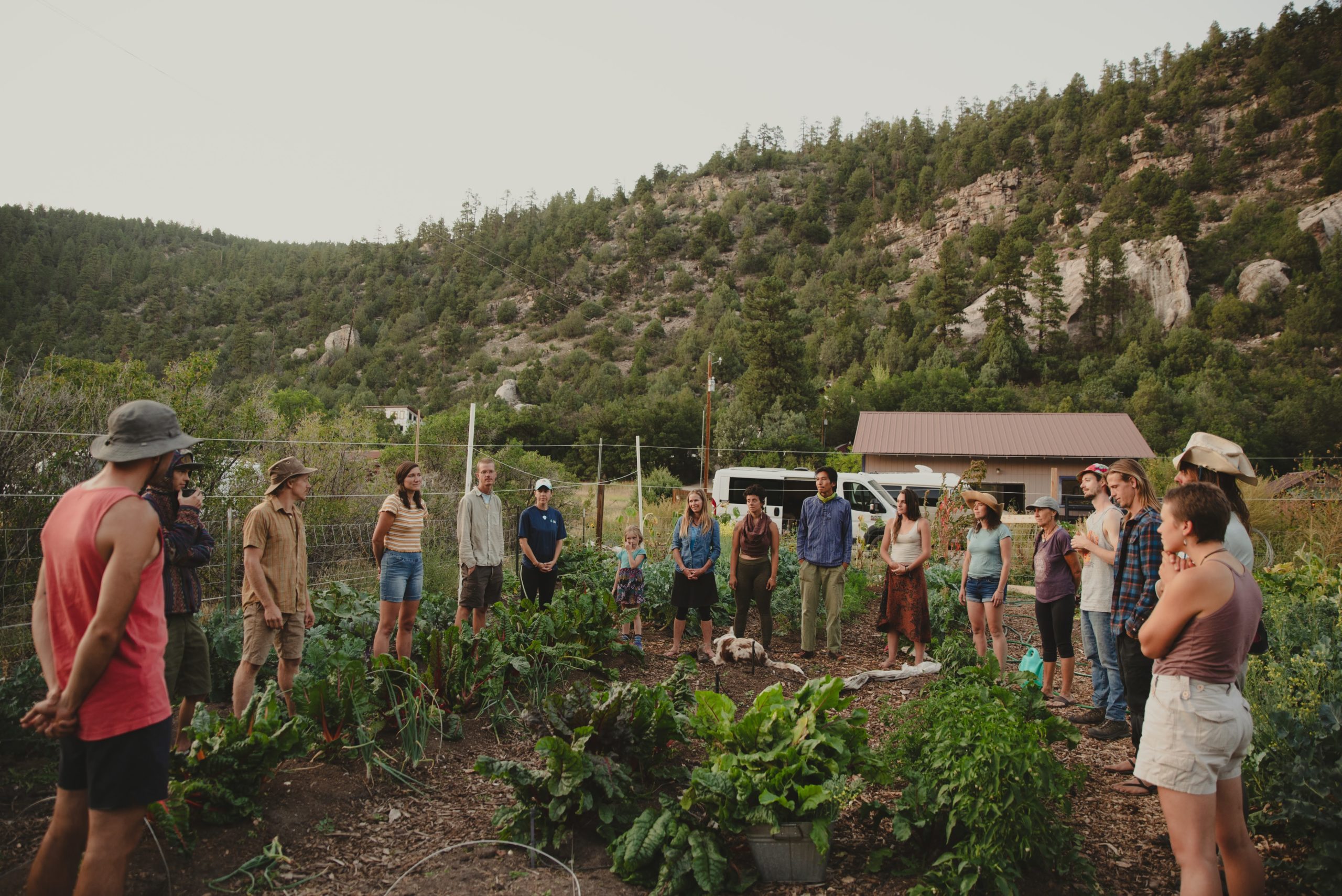 As a catalyst for collective evolution, SEEDS prioritizes bioregional action toward cultural regeneration. Through the creation of cultural regenesis hubs, we are beginning to root our vast vision into time and place. These praxis hubs offer on-the-ground practice ground for essential learning and development across the three pillars of ecocentric evolution (i.e. self, culture, and ecology). Aimed to be sites where experimentation, collaboration, and innovation are welcomed, these hubs are birthing emergent models of localized resilience. Through taking an experimental yet grounded approach across diverse bioregions, these praxis hubs offer immersive “living classroom” approaches to cross-pollinating ideas, frameworks, and practices that can amplify our collective momentum toward the growing of a life-affirming world. 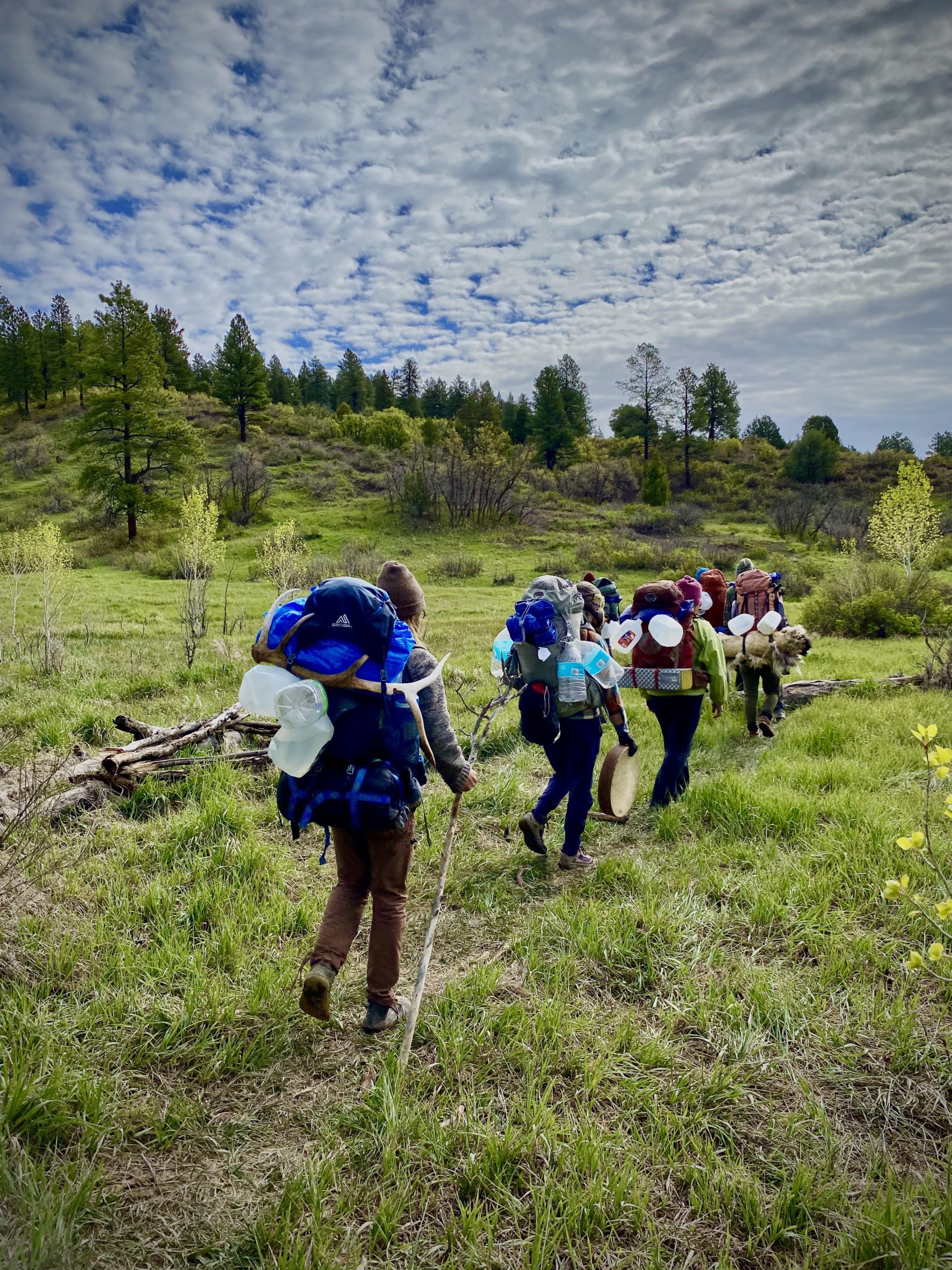 Based on our ecocentric understanding of the interconnection of all things, our vision is one of mutual co-arising. This means that SEEDS is inherently interested in collaborative partnerships and innovative initiatives that support the growing of an ever-more resilient and diverse ecology of exchange. We do this through cultivating enterprise ecologies, in which we intentionally craft partnerships with individuals and groups who are visionary leaders in their fields. We believe this model of social entrepreneurship is the way of the future because it simultaneously honors the unique ingenuity of the individual/entity in service to the well-being and advancement of the collective whole of which it is related and contributed back to. 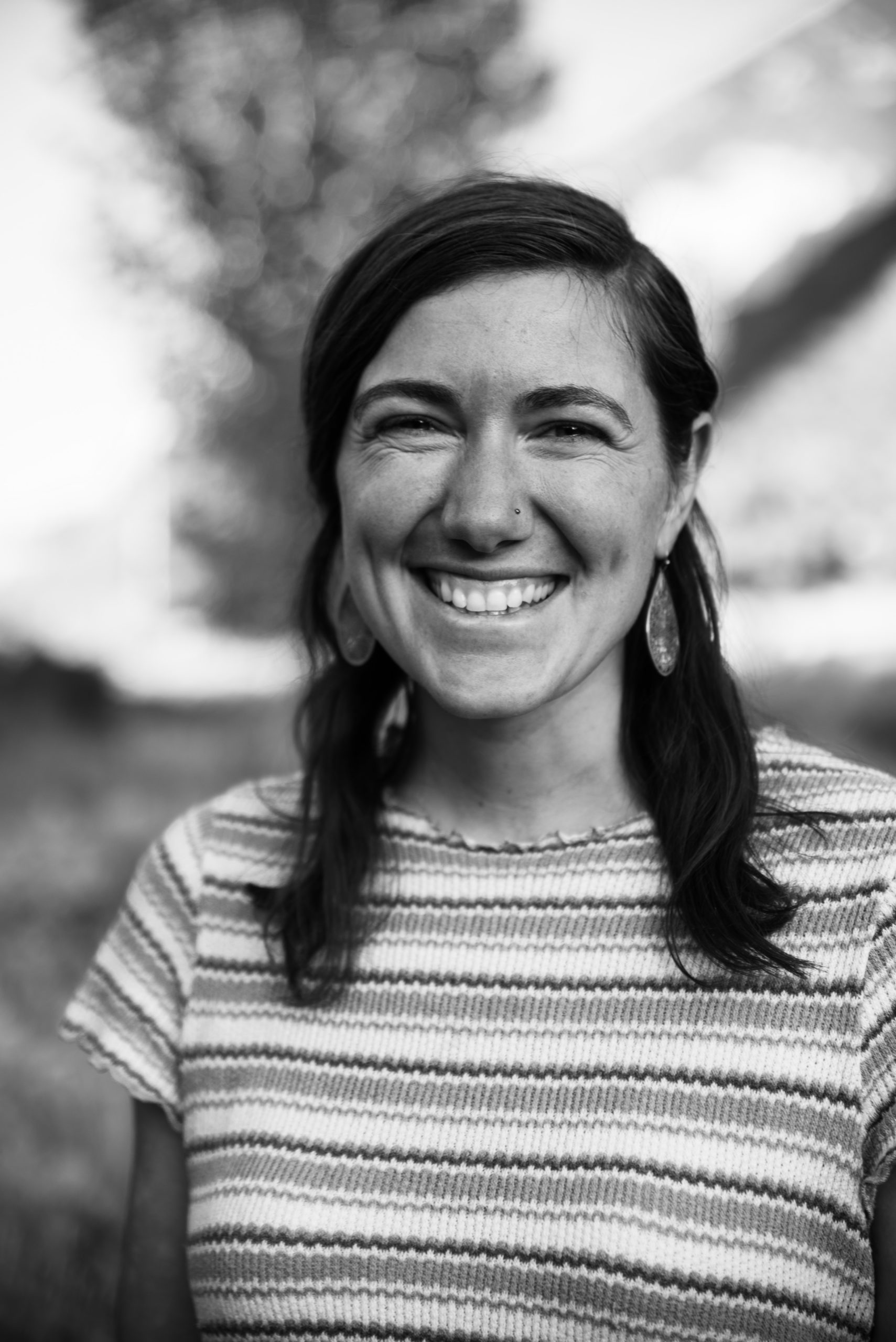 Alia is a Core founder of SEEDS and a visionary architect of more beautiful worlds. She tends the fertile intersection of individual healing, cultural development, and ecological stewardship. She weaves together the diverse threads of her background as a licensed therapist, restorative justice and anti-oppression cultural facilitator, permaculturalist, rites-of-passage guide, novice energy healer, poet, and cultural visionary. Alia has applied this breadth of experience to offering holistic therapeutic services, facilitating group learning and justice spaces, guiding earth-based rites-of-passage, and helping sprout hubs of place-based human culture. 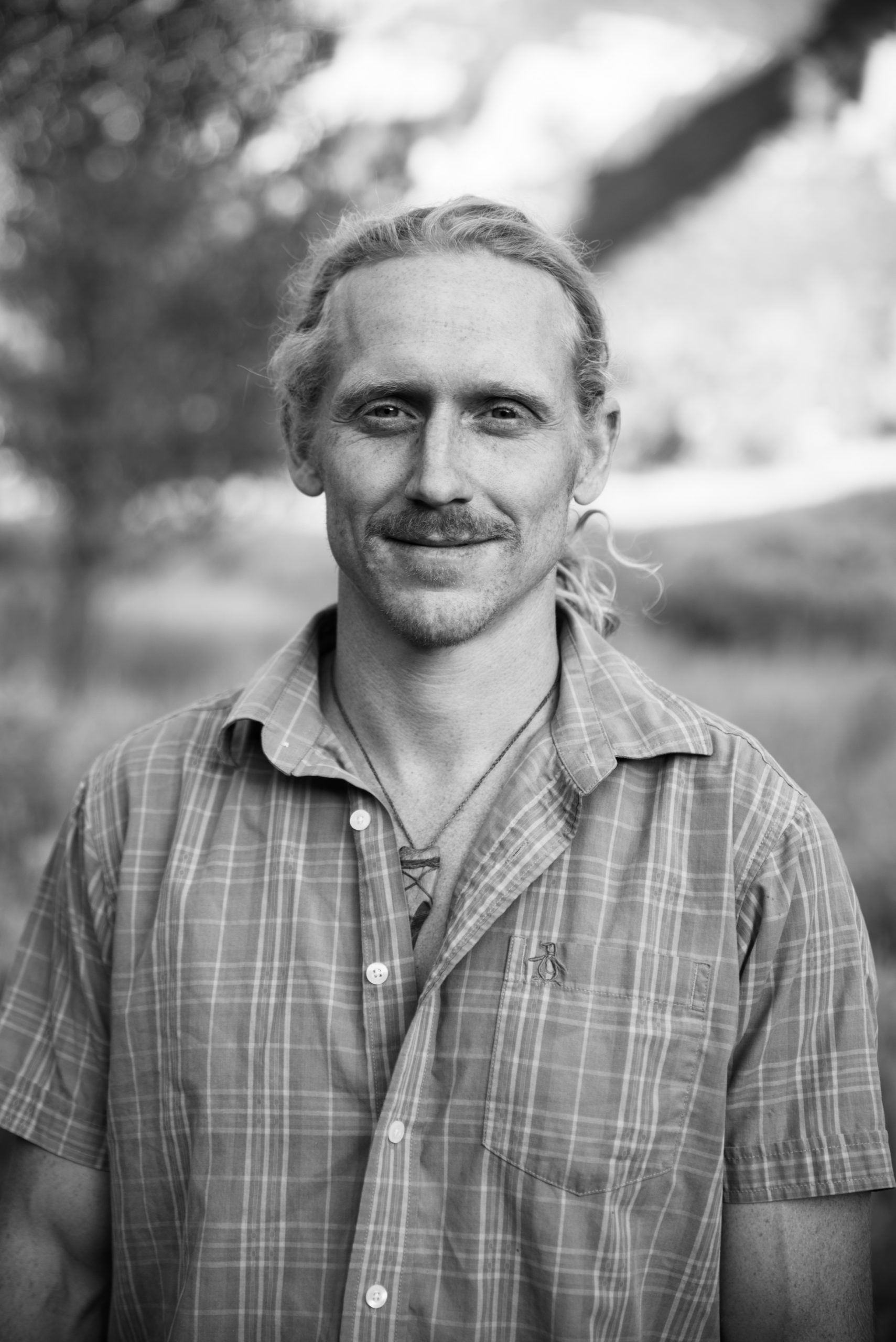 Hayden is Core founder of SEEDS and a wild visionary of collective ecocentric evolution. He is an experienced circle-holder and ceremonial guide. He is trained as a nature-based soul guide and permaculturalist. He is self-taught in ontological design processes, philosophy, primal movement, and evolutionary astrology. Hayden integrates these versatile modalities into his work as an evolutionary catalyst, striving to help root visionary ideas into tangible forms in service to the wellbeing of life and consciousness now and into the future. 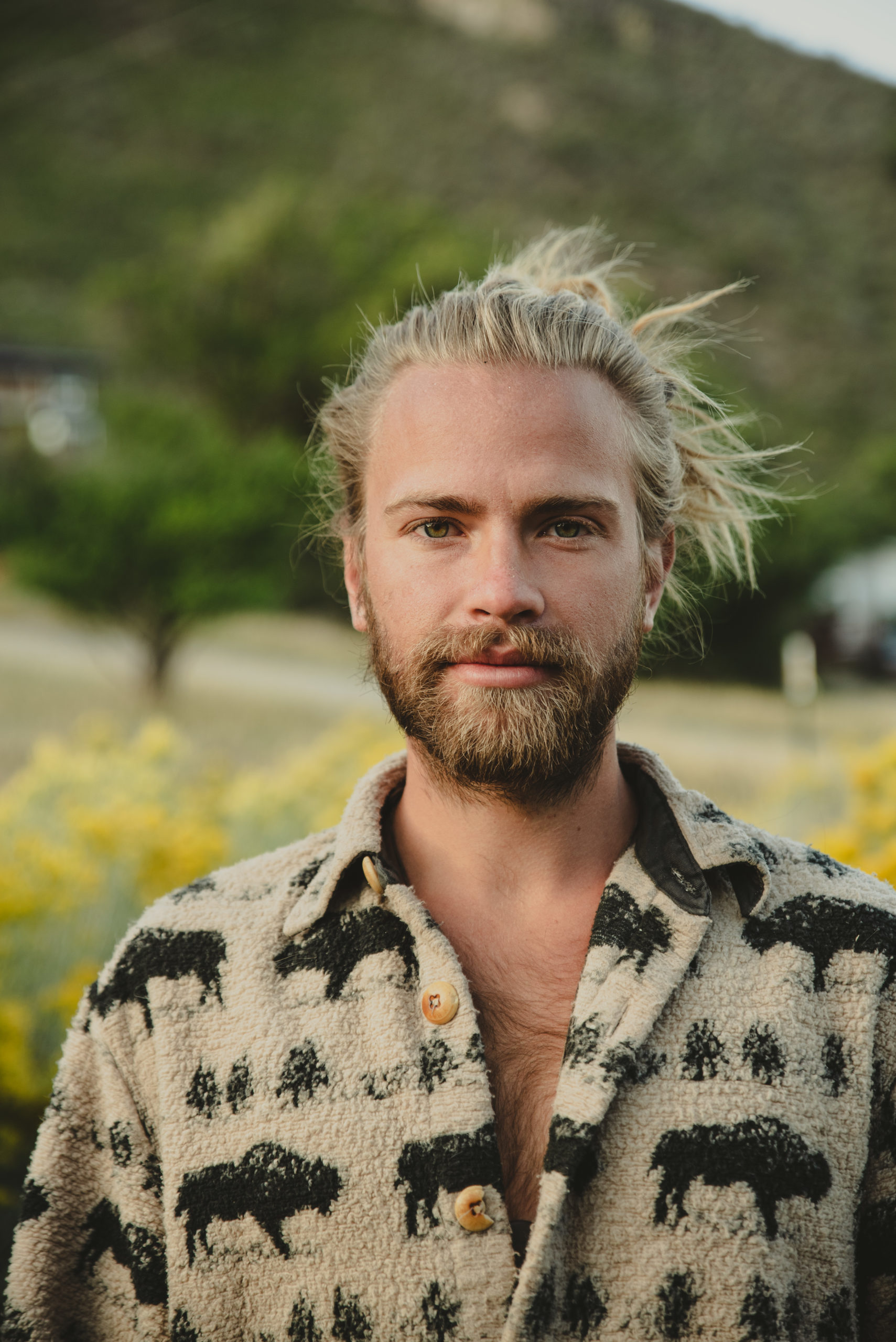 Eric is experienced and passionate about regenerative agriculture, localized food sovereignty, and growing systems of resilience. He brings an educational background in sustainable agriculture and engineering, as well as a passion and commitment for showing up consistently for the day-to-day necessities that keep a vision growing into form. He is a new father, deeply motivated to prepare systems of mutual support and resilience as a solid foundation from which his son can truly thrive. When he’s not tending the community farm, you can likely find him out in the orchard deepening his Qigong practice.

You have Successfully Subscribed!